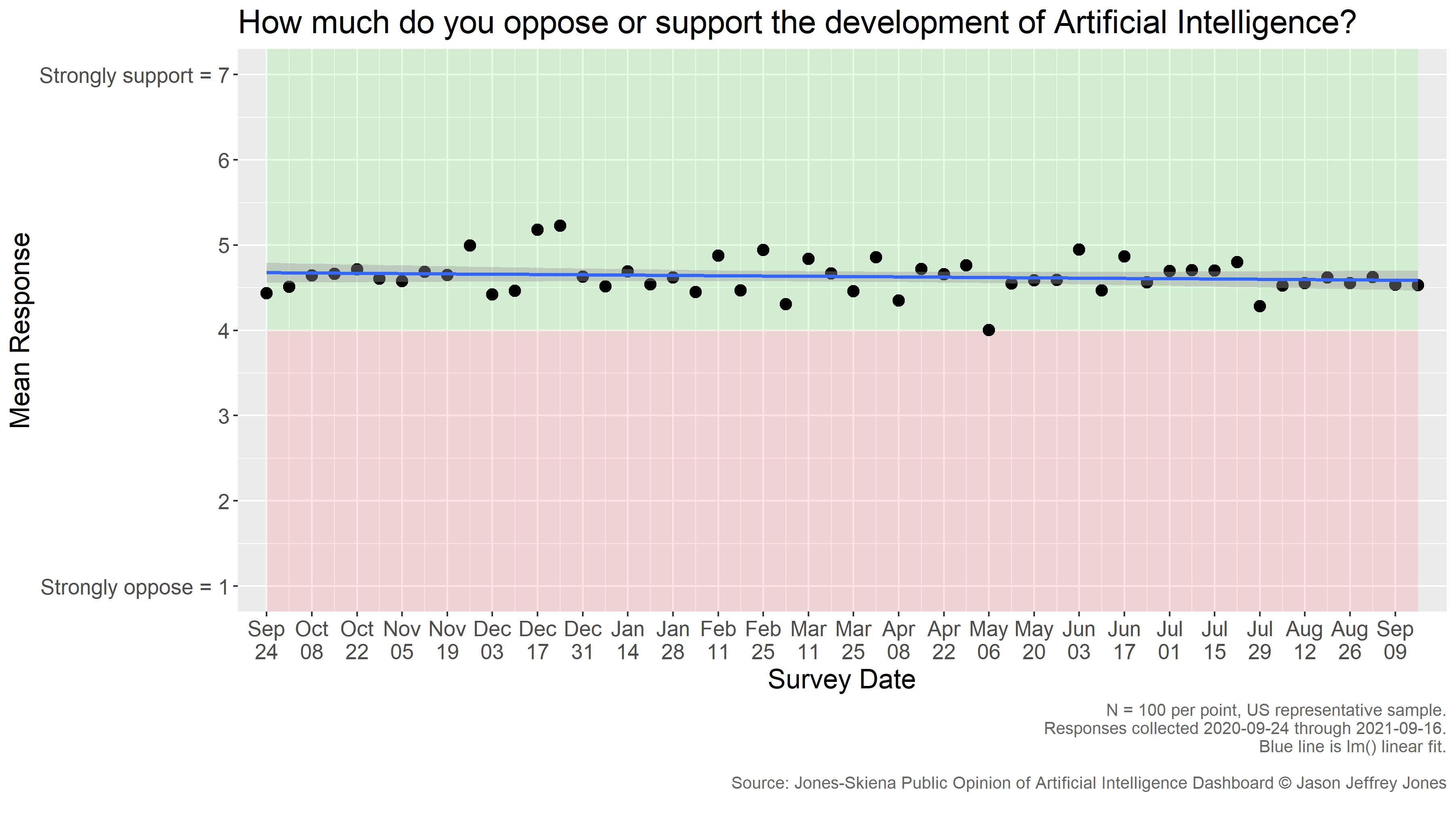 On average, the American public supports the development of Artificial Intelligence. In the data from September 16, 2021, the estimated mean response is 4.53, with a 95% confidence interval of 4.19-4.87. On our 7-point scale (labeled "Strongly oppose" at one end and "Strongly support" at the other) a value of 4 indicates indifference, any value below that opposition and any point above support.

In 51 weeks of running this same survey item, we have never observed a mean estimate below the midpoint of the scale. It is always useful to observe the raw frequency of responses as a set of histograms. One can see that the modal (most frequent) response is typically 4, the midpoint of the scale, which we interpret as indifference. Americans are generally neutral on this question, but among those who are not, there are more on the Support end of the scale than the Oppose end. 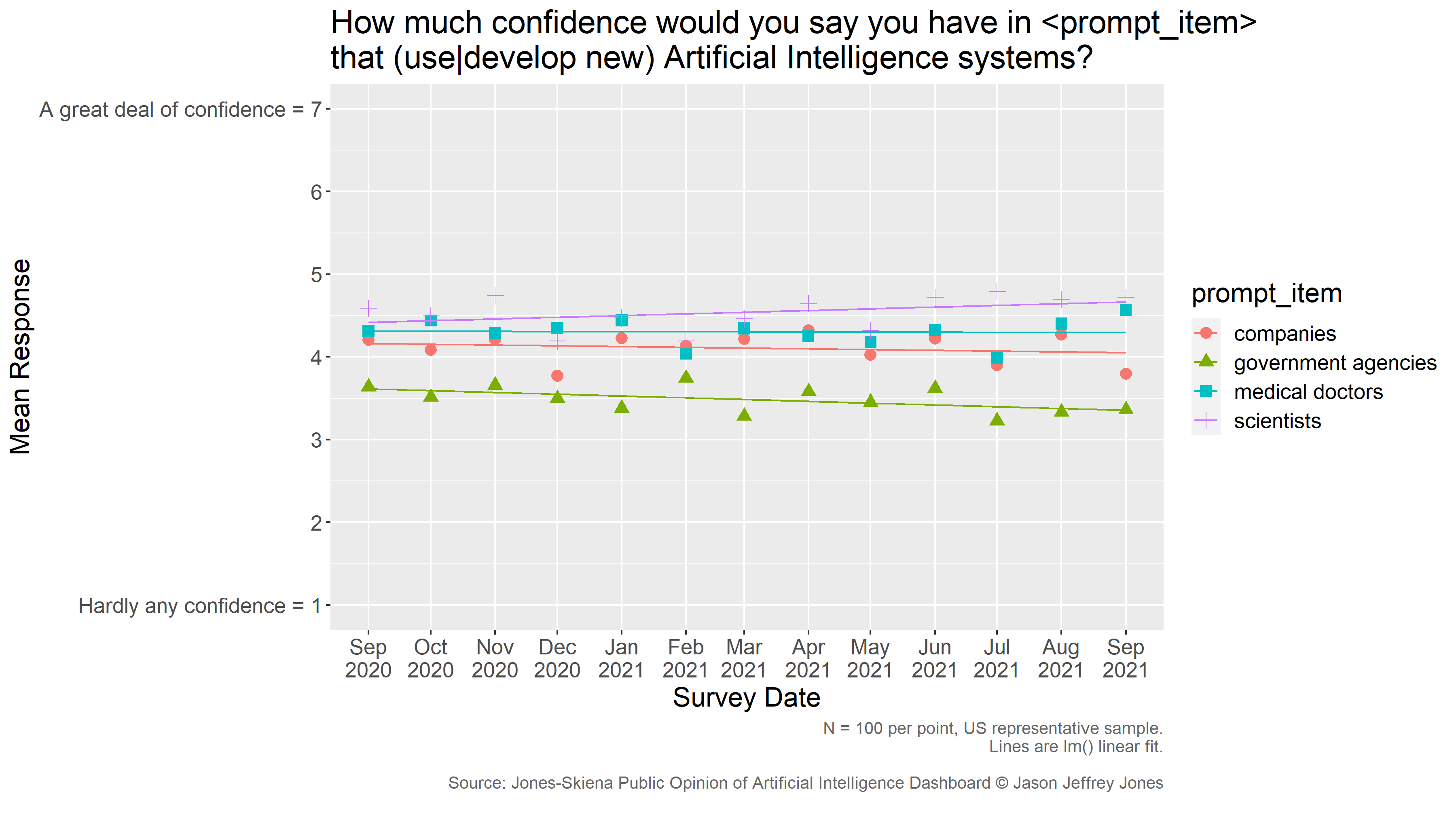 On average, the American public has middling confidence in groups that use Artificial Intelligence. There is plenty of room on the scale for respondents to indicate they have less confidence or more, but the responses point to sustained intermediate levels of confidence, or perhaps indifference. No group appears to be steadily gaining or losing confidence. Trendlines are shown to aid the eye, but none has a slope significantly different from zero. (This month, the negative trend for government agencies that use Artificial Intelligence systems comes close, p = 0.06.) 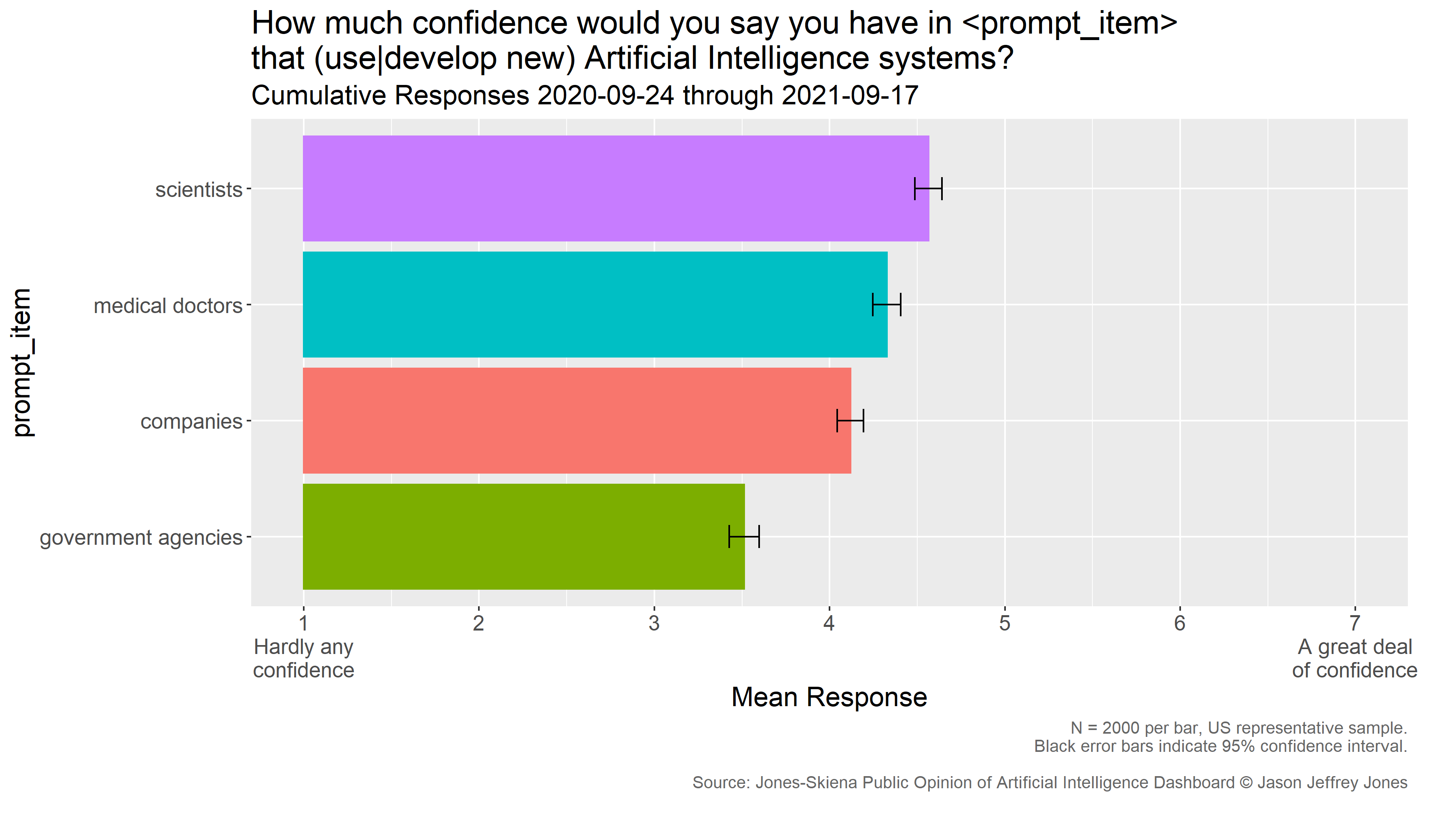 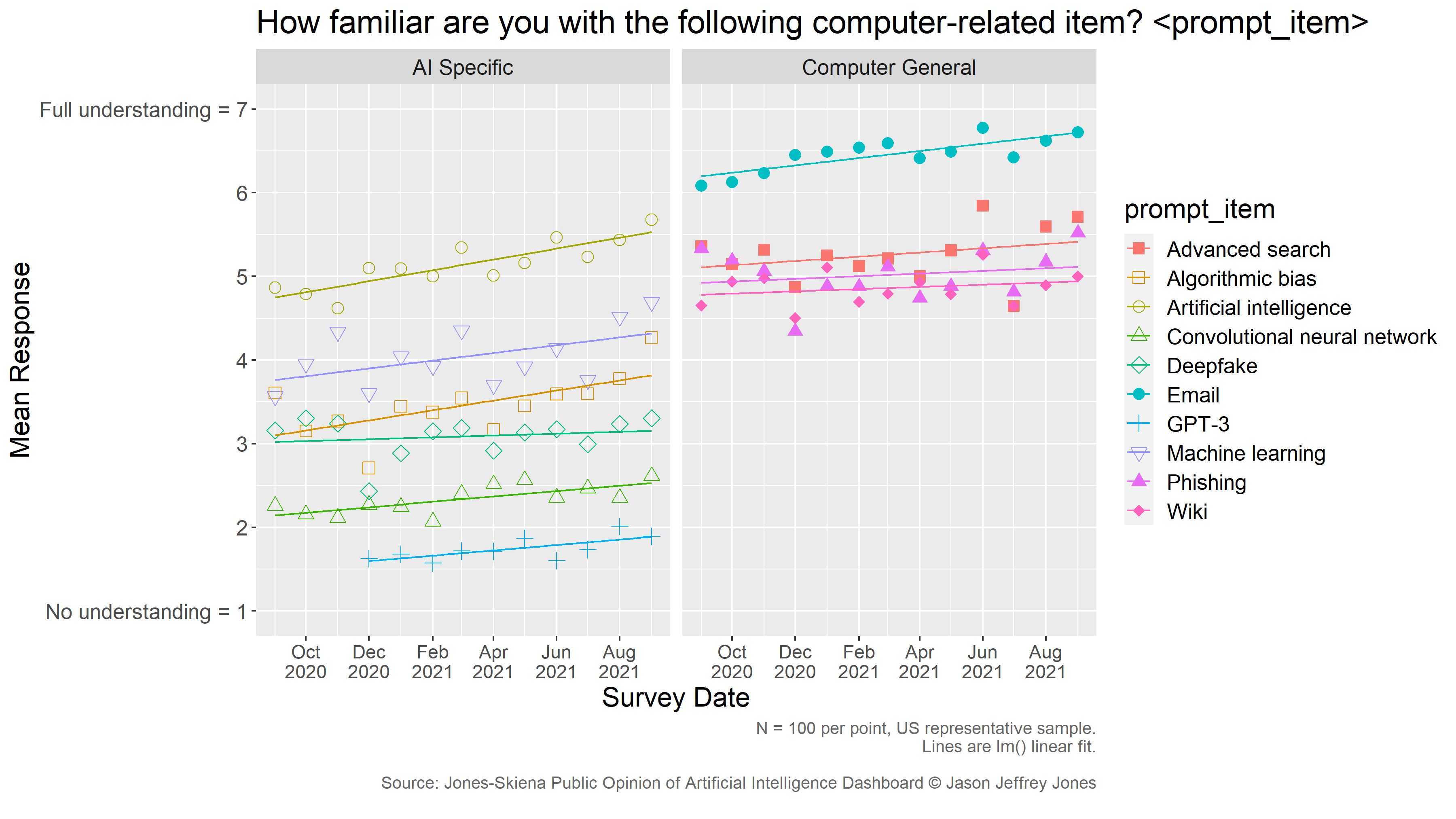 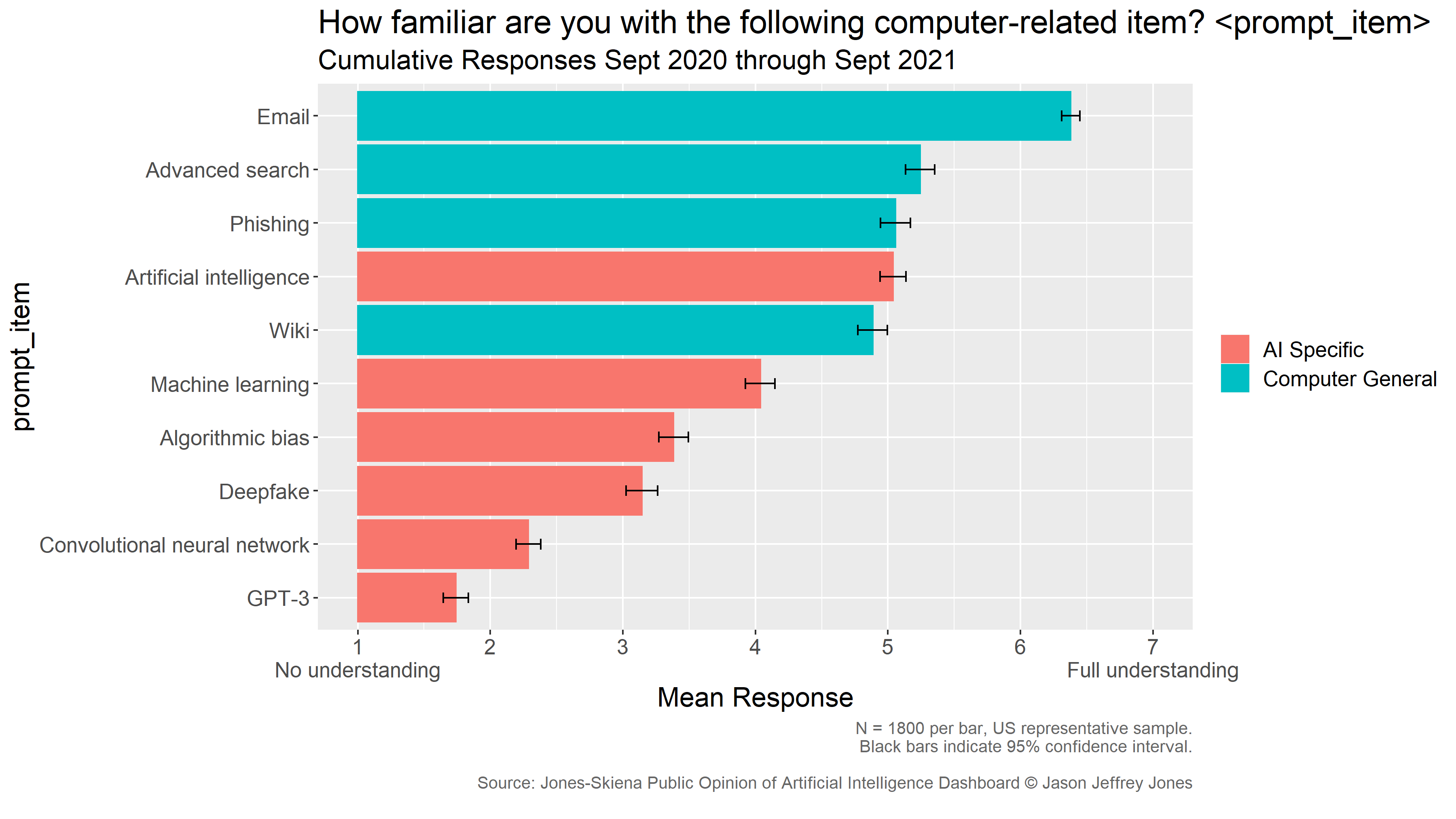 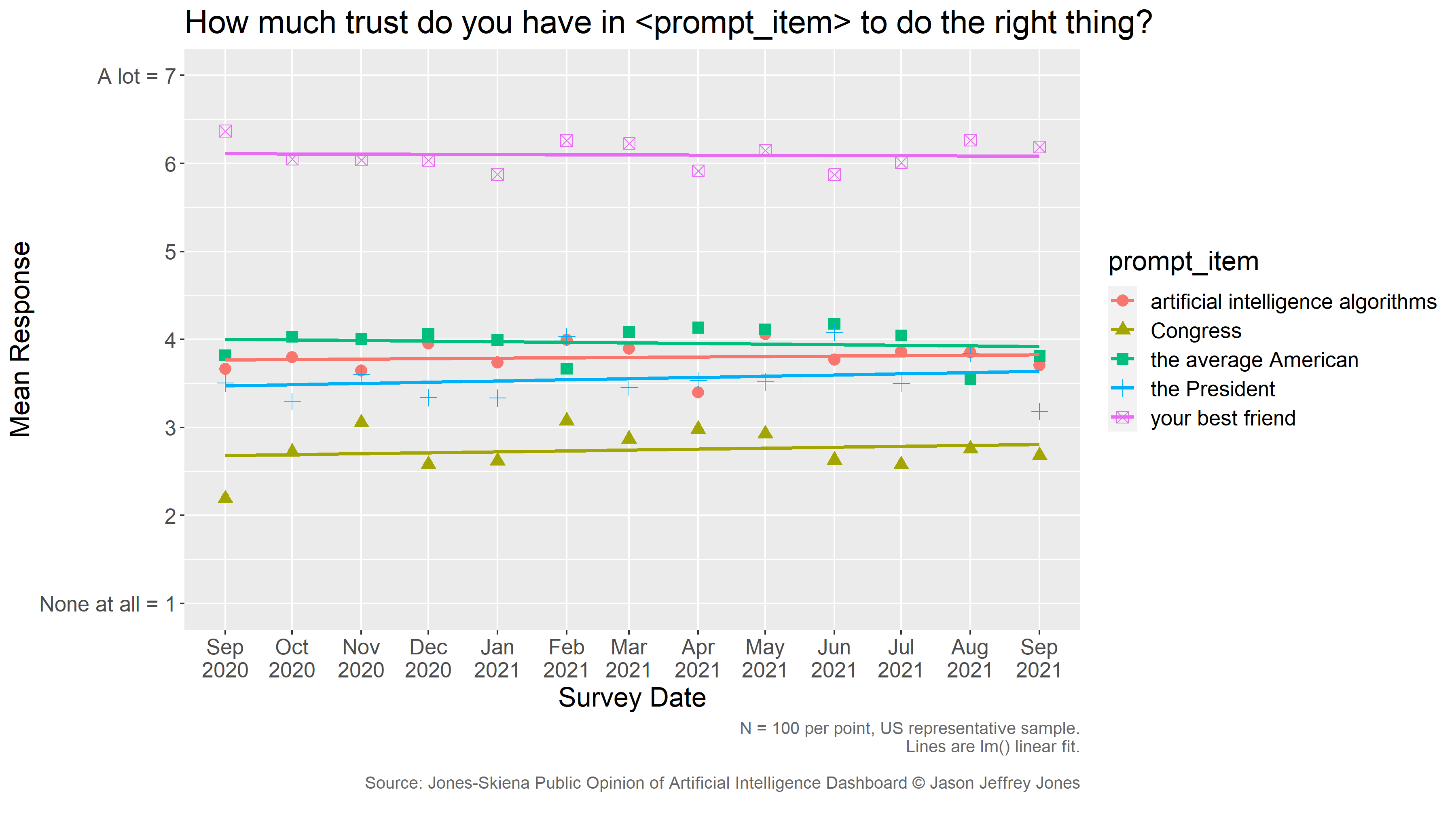 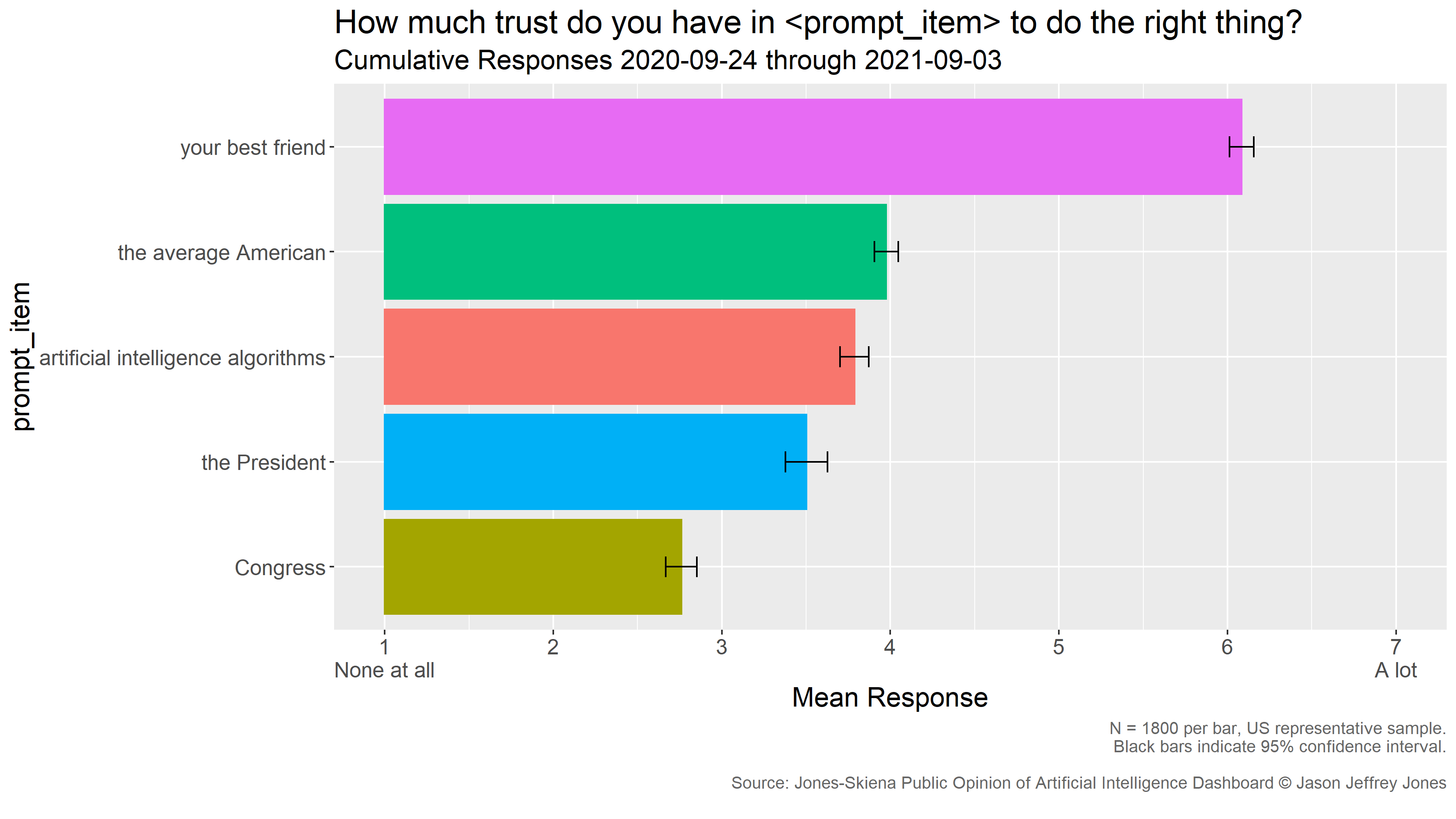 During the period of observation, the magnitude and ordering of trust in these targets has remained stable. Trendlines are shown to aid the eye, but no trendline has a slope significantly different from zero. In September, trust in the President was the lowest it has ever been in our survey. We attribute this to reactions to the Withdrawal of United States troops from Afghanistan.